Nirone Austin, 27, who had raced in the Barbados for eight years came to Assiniboia Downs last year “to get some outside experience.” He had finished seventh at the highly competitive Garrison Savannah race track in Barbados and his favourite horse was Just U and Me. He also has his eye on becoming leading jockey.

Stanley Chadee, Jr., 30, is a native Trinidadian who’s been riding for 14 years and was leading rider at Marquis Downs in Saskatoon in 2015. His favourite horse was Storm Street in Trinidad and his ambition is to “ride at the big tracks.” He came to the Downs a couple years ago with Marquis trainer Jamie Hartmann.

Sheldon Chickeness, 38, is a prairie man, having started riding at Marquis Downs 18 years ago where he chalked up 33 wins in 2005. His favourite horse was Victory Call at ASD. He came to the Downs “for the opportunity at a higher-level track” and ultimately wants to train horses.

Nicole Hein, 25, in just her first year as a jockey attained an enviable record of 47-7-12-7 riding at Marquis Downs in Saskatoon. Her favourite horse was the 13-year-old warrior gelding, Pacific Tsunami. Her goal is to become leading rider.

Richard Mangalee, 33, who started riding 16 years ago in Trinidad and won 24 races in a season at Northlands Park came to ASD “looking for a new track to call home.” His favourite horse was Minmus in Edmonton and his goal is to win a Breeders’ Cup race.

Kayla Pizarro, 29, who’s been riding at Assiniboia Downs for five years, said she followed her mother here. Her first win came on Indian Ancestry and her best record was 40 wins in 2016. She’s upfront about her ambitions: “I want to be leading rider in Canada.”

Shawn Samuel, 30, who started riding in Trinidad 13 years ago, came to Assiniboia Downs “looking for improvement.” He finished fifth in the standings at Marquis Downs in Saskatoon and his favourite horse was Hardly Forgotten. His ambition? “Ride in the Breeders’ Cup.”

Rigo Sarmiento, 44, who started riding in Venezuela 25 years ago and was a leading rider there, duplicated the feat at Century Mile in Edmonton last year. He was a veritable stakes machine, winning 11 of the rich races. He came to ASD with Alberta trainer Tim Rycroft and simply enjoys winning.

Neville Stephenson, 52, is a seasoned rider from Jamaica, having ridden for 21 years. Lately he’s been riding at Marquis Downs in Saskatoon but his most memorable day came at Lethbridge where he won five races in one day.  His favourite horse was Daughter’s Pride at Marquis. He came to ASD “for a new experience and challenge” and hopes ultimately to become “a top trainer.”

Antonio Whitehall, 27, who started riding in his native Barbados 10 years ago, came to Assiniboia Downs on the recommendation of former ASD leading rider Chris Husbands. Whitehall himself was the co-leading jockey in 2018 and, last year, won a stellar eight stakes races. His favourite horse? Langara. His ambition? “To ride in the big leagues.”

Edgar Zenteno, 21, came from Mexico with his older brother, Rafael Zenteno, Jr. to explore the possibility of riding at Canadian tracks. Their first chance came in Alberta and Edgar recalls with delight his first win at Century Mile in Edmonton. His favourite horse in Alberta, he says, was Letsdothedance. What are his ambitions? “To ride a lot and win a lot of stakes races.”

Rafael Zenteno, Jr., 28, who started riding in Mexico eight years ago was leading apprentice rider at Northlands Park in 2012, one of nine tracks he has ridden at. His favourite horse was the quality stakes mare, Quality Lane. He came to ASD, he said, to try a new track with his younger brother, Edgar, and plans to race “until I can’t ride any more.” 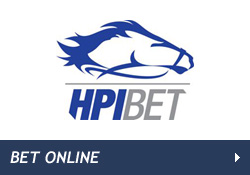 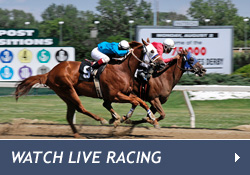 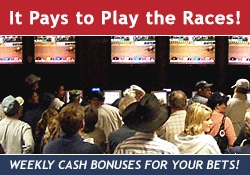