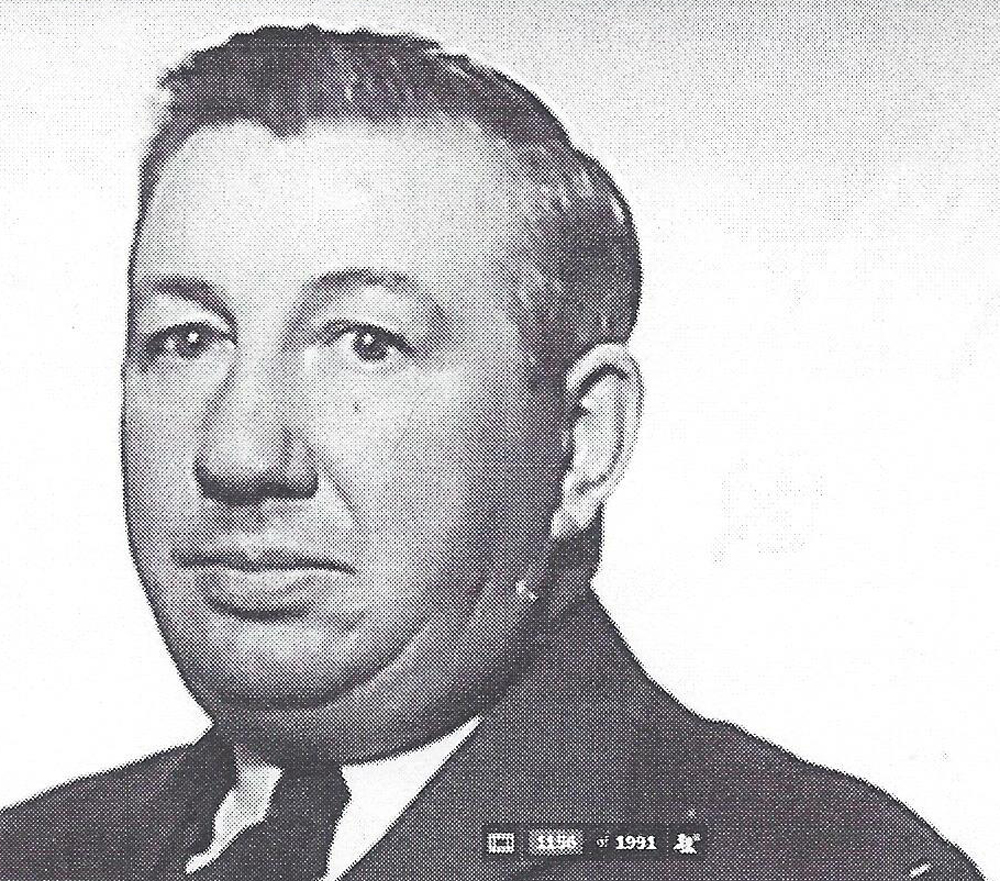 Father Time has been cruel to the memory of Alfred Gilbert "Alf" Tarn. Who? That’s the point of this week's time tunnel flashback.

There was a time when it was inconceivable that the name Alf Tarn would fade into obscurity. Sad, but true. Who among us knows the name Alfred G. Tarn?  Well, it's high time that got fixed!

Alf was born in Yorkshire, England on March 22, 1892 and lived an uneventful life in Winnipeg for years. The genial man who considered a trip over the Red River into St. Boniface an adventure was destined to become internationally known, with his name appearing in newspapers across the continent. 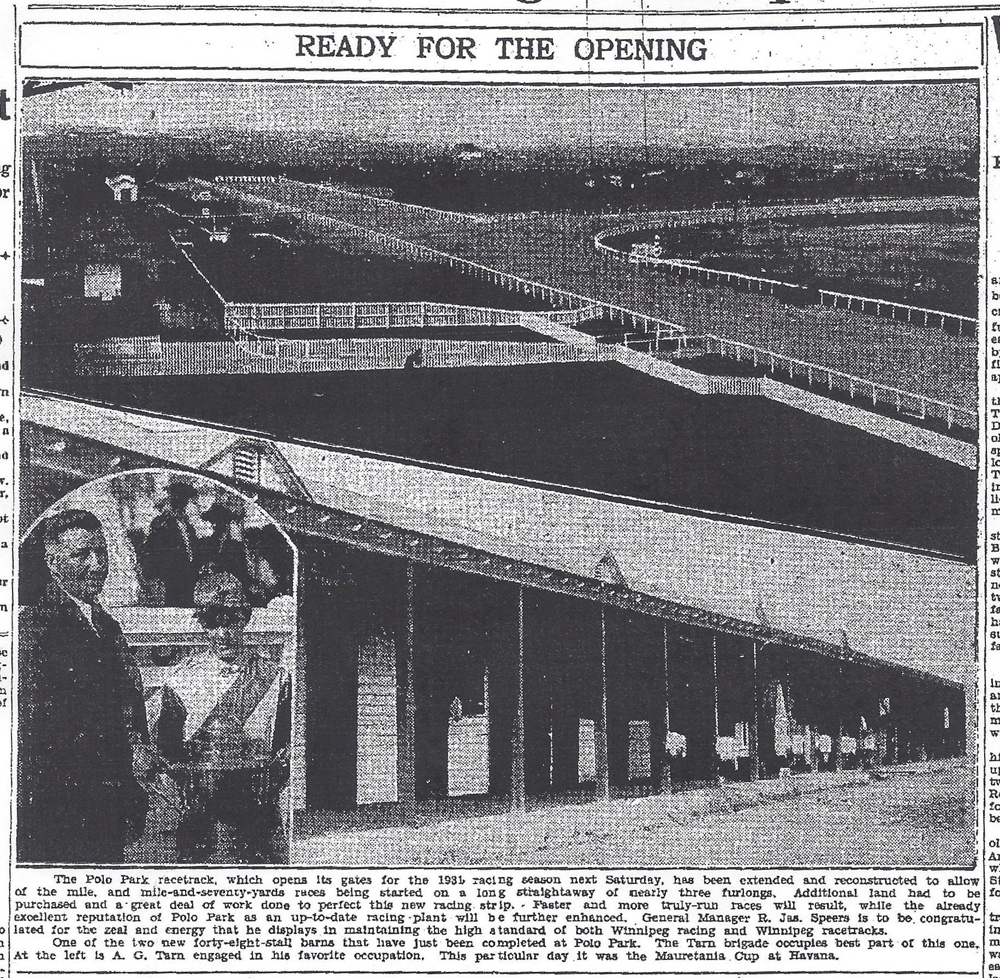 Alf's opportunity to get into the racing game came about 100 years ago. He had always been a lover of turf activities and bought his first horse, Bazaar for $100. Alf saw something in Bazaar that escaped most others, but he took this fixer-upper, gave him some much needed rest and treated him well, and before he realized it, he was on his way to becoming a horseman. Slowly but surely Alf's stable grew and in the decade that followed he upgraded his milk-route prospects to well-bred contenders.

Alf got his start as a Rosser area pig farmer in the early 1920s, while maintaining a residence on Home Street in Winnipeg's westend. There were some lean years in the early days of his racing exploits, and it was Alf's ability to market hogs that paid his horse racing bills. Alf was described as a "self-made and thoroughly enthusiastic sportsman."  He worked hard at the sport he loved and success followed. The pig farmer turned horseman was leading winning owner in western Canada in 1927 and 1930, and runner-up in 1926 and 1929. In six seasons on the old Prairie Racing Circuit he pocketed $70,620.

By 1930 Alf had built a solid reputation as an owner/trainer of thoroughbreds.  Racing columns across North America referred to the Winnipeg horseman as "well-known owner," "clever horseman," " shrewd campaigner," "possessor of a powerful stable," "leading money winner," and so on. 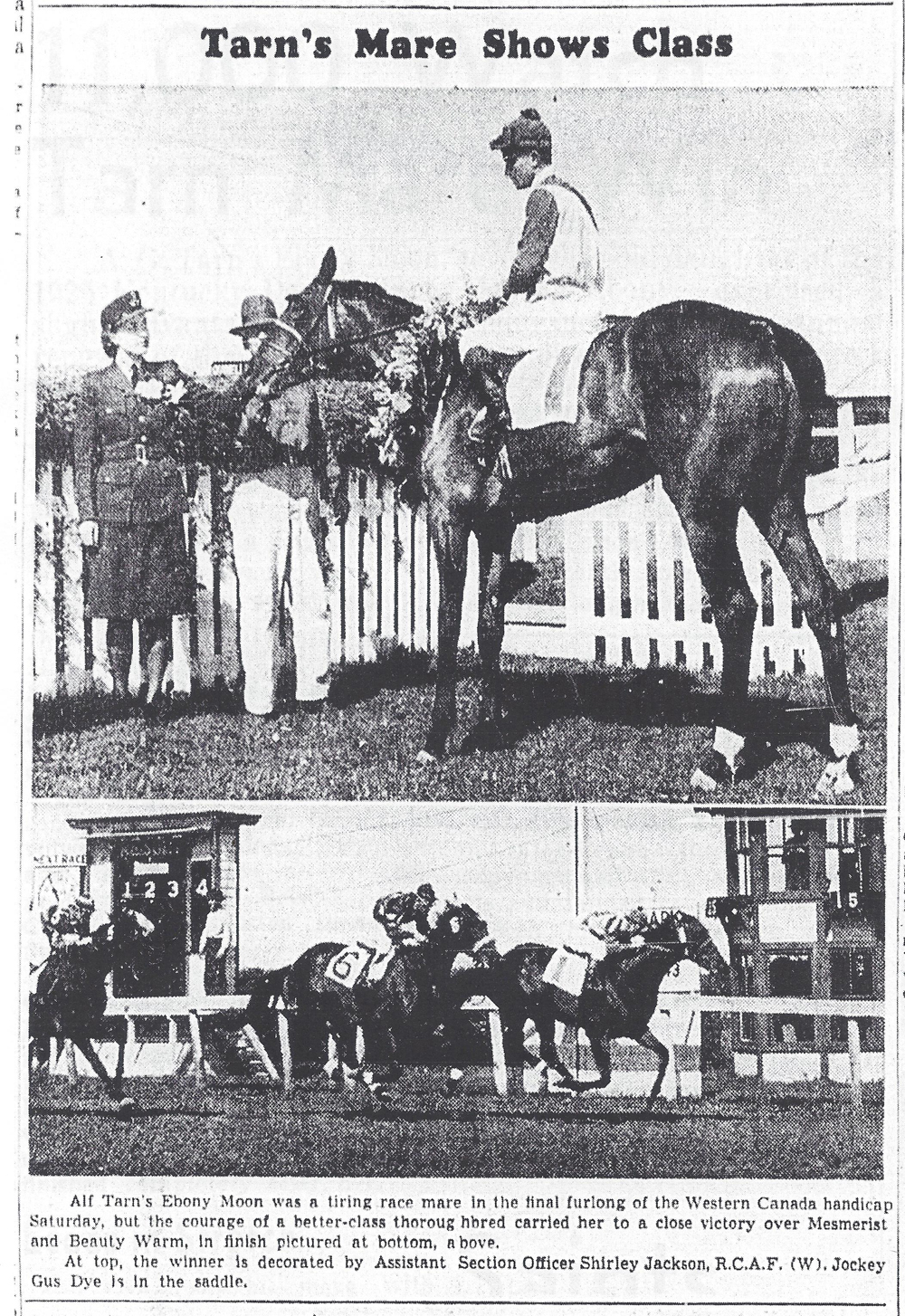 In 1936 Alf purchased Rushaway for $10,000 from multi-millionaire Joseph Early Widener. On May 22 Tarn's ten grander won the Illinois Derby ($12,000 added) and the following day he was shipped to Kentucky for the Latonia Derby ($15,000 added) and won by six lengths.

Eventually Alf moved to California and Winnipeg didn’t get to see him as much.  However, he continued to send a respectable stable to Winnipeg for the meets at Whittier and Polo Park with Nelson Ings taking care of his stable.

In August 1941, Alf's daughter Hazel married Alberta-born jockey Johnny Longden. Hazel passed on July 27, 1989 and John on February 14, 2003. It is widely accepted that Alf was responsible for introducing Longden to the major American racetracks.

Like a quick refresher about Alberta-born, jockey Johnny Longden? Here are some of the high points: 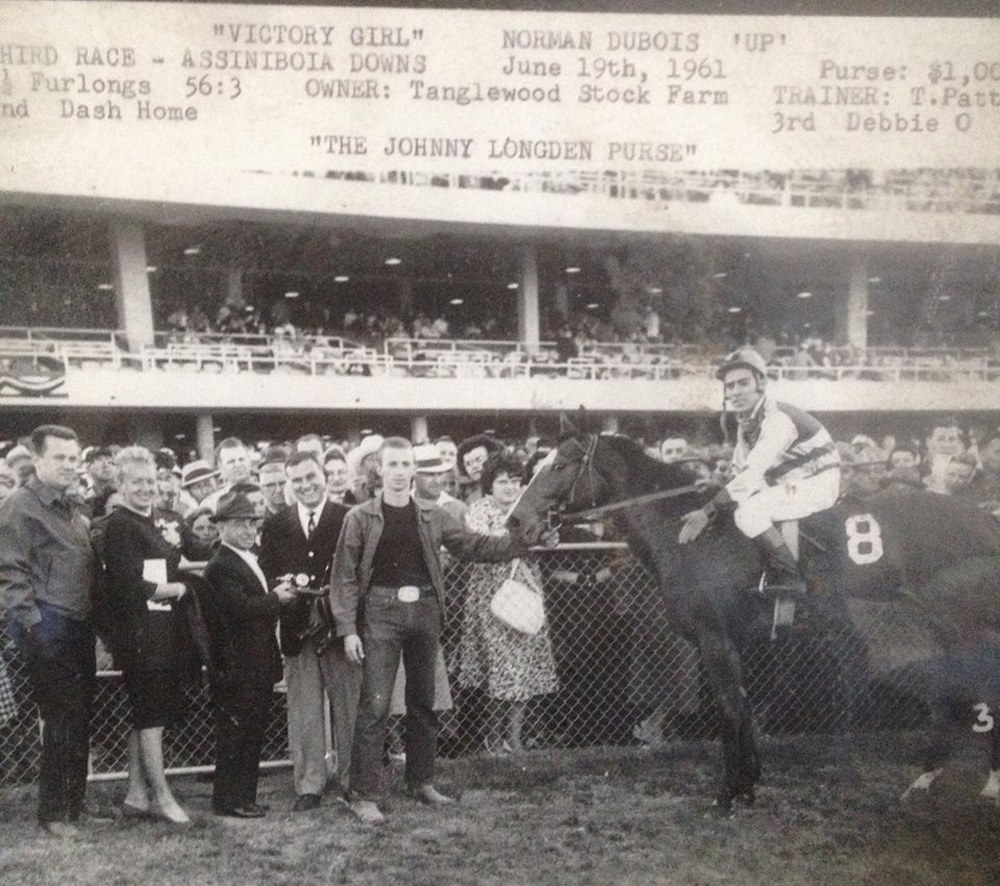 At the peak of his career, Alf Tarn's purple and white silks were seen in western Canada, the US, Cuba, and Mexico. His health started to fail in the late 1940s and he retired from racing in 1951. Alfred Gilbert Tarn, 60, former owner/trainer of thoroughbreds and father-in-law of Johnny Longden, passed on March 28, 1952 in Arcadia, California.

It wouldn't be long before the shifting sands of time began to erase the memories of the racing exploits of the Rosser hog producer turned world class horseman. Perhaps Winnipeggers didn't take well to his abandoning his roots and moving to sunny California. We can be funny that way.

They used to call "Alf?"