The Benjamins of Miles City, Montana, A Gem of a family Ruth Johnson and Jim Benjamin circa 1940.

Montana's state motto is "Oro y Plata" (Spanish for gold and silver). The mountains of Montana have yielded fortunes in gold and silver since they were first discovered in the mid 1800s, but Big Sky Country's real riches are its people.  This week's story is about Montana's Jim and Ruth Benjamin and their family.

Let's hear it for social media. Once again with the help of Facebook I was able to connect with a member of Assiniboia Downs' extended family from days gone by.  A couple of years ago Debbie Benjamin Stevens read my final blog story from 2015 entitle "For the Love of Racing" and was sufficiently moved to provide details of her family's involvement with the Downs from 1959 to the early 1990s.

Debbie is the daughter of Jim and Ruth Benjamin. Jim was an owner/trainer of thoroughbreds who raced at the Downs for many years. More importantly Ruth and Jim raised sons Ben, Arnie, Tom and daughter Deb on the backstretch, all of whom worked and contributed in one way or another to the early days at the Portage Avenue track. 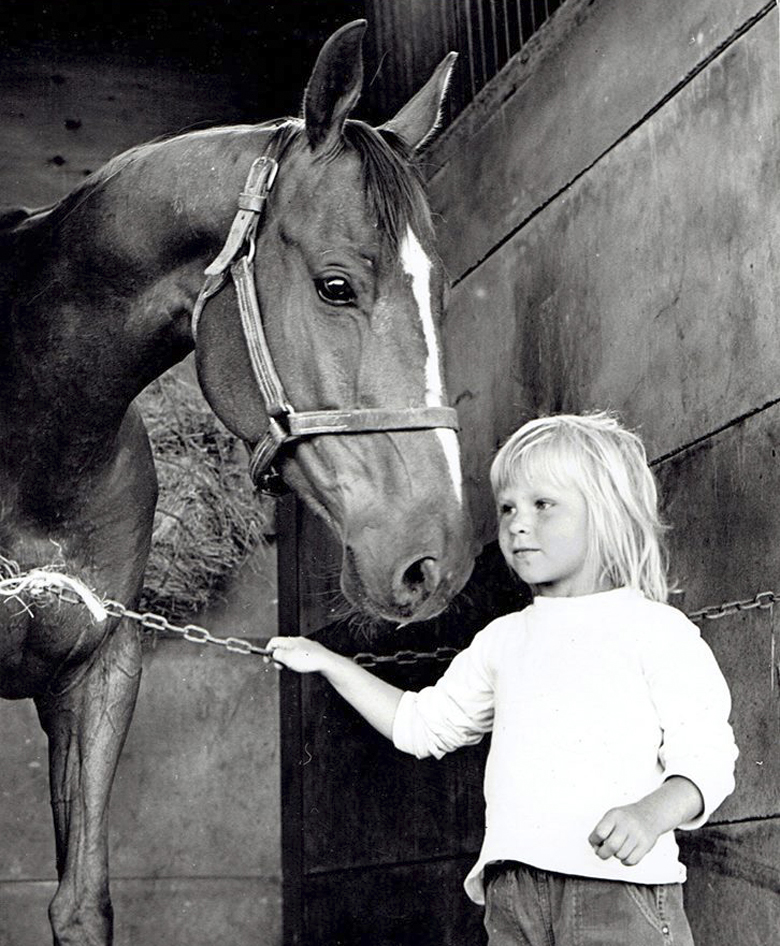 Debbie described her Dad as the best man she ever knew. Jim was a native of North Dakota who ended up settling in Miles City, Montana. After a decade of bronc riding he was introduced to thoroughbred racing by his brother-in-law Woodrow Ewalt.

Once bitten by the racing bug, Jim was hooked and it wasn't long before he developed a reputation for scooping up the "cast-offs" and "not-wanteds" from other barns.

With a small investment Jim set out to do what he did best, raise and train race horses. He was blessed with the talent and patience to take these "fixer-uppers", nurse them back to health and make runners of them again, and good ones at that.

Jim and Ruth's regular routine was to start getting the horses ready in February in preparation for the bush meets in Miles City, Pierre and Aberdeen. By the time Jim made his way to the Downs for opening day his crew was ready to run. His first year at the Downs was 1959 and he and the family kept coming back year after year. Jim loved the Downs and for several months of the year it was home. 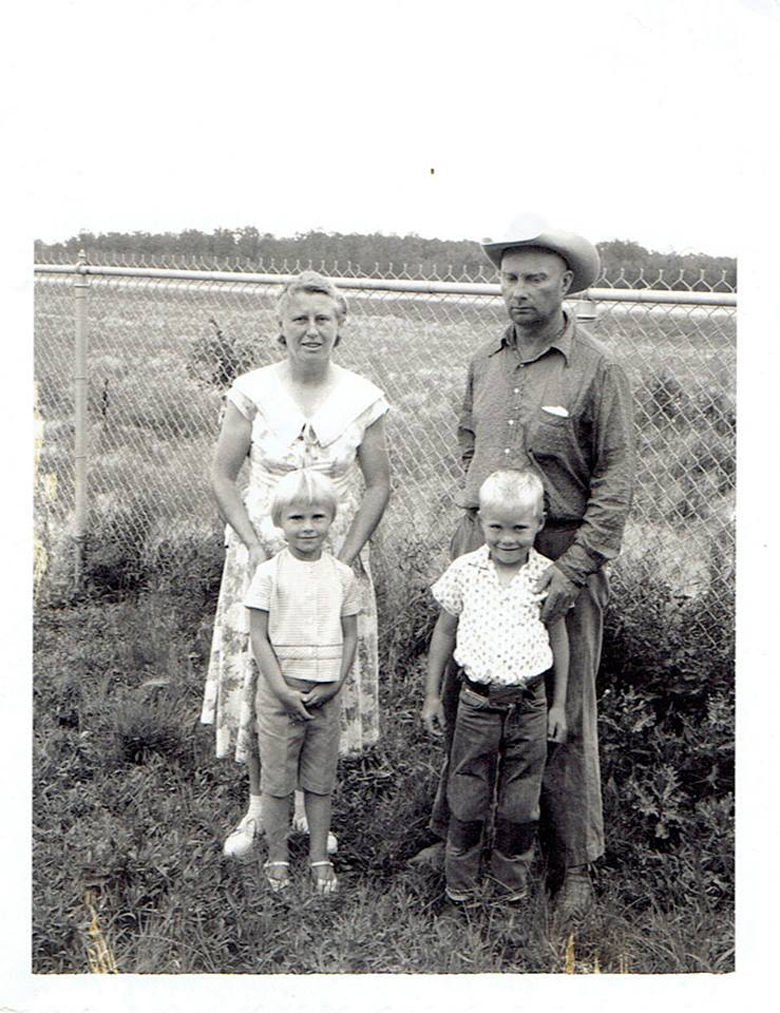 Ruth and Jim Benjamin in back and Deb and Tom in front.

Debbie explained that she and her brothers grew up at, and with Assiniboia Downs. She said that hers was a close-knit race track family who were taught to appreciate the benefits of good old-fashioned hard work.

The best horse Jim ever ran was probably Mr. Yum Yum. Brother-in-law Woodrow Ewalt claimed Yum Yum at Bay Meadows and later sold him to Jim.  Yum Yum was a fine sprinter who garnered more than his fair share of purse money over his career. In fact, 51 years ago this fine boy won the July 4th American Independence Day Handicap at the Downs. This distinction goes to his pony horse, Lemon. Lemon was never a runner, wasn't even a thoroughbred, but he was family. According to Debbie, Lemon was her Dad's youngest son. Lemon lived to the ripe old age of 23 and when Jim had to put him down, old Lemon took a piece of Jim's heart.

It wasn't enough that Jim was an owner/trainer, the whole family contributed and worked at the track. Debbie worked in the office for Harry Jeffrey and the drugstore. She did some tattooing and groomed horses. Brother Ben worked on the gate and was an Outrider/Parade Marshall, this in addition to being an owner/trainer with his wife, Eileen. Brother Arnie was also an owner/trainer and an Outrider and brother Tom was the jocks' room runner and acted as an assistant to Doc Norm Anderson. Jim passed in 1990, as did Arnie in 2013. The matriarch of the family, Mother Ruth is still going strong at 98. She still loves to talk about their time at Assiniboia Downs.

These days Debbie is a grandmother, which she says is just "awesome" and she is also the proud owner of a young thoroughbred. We don't know if he's going to find his way to the race track yet, but wouldn’t that be sweet!  Perhaps, the Downs is in his future.

Will Rogers is credited with the saying "he never met a man he didn't like."  Well, based on the people we've got to know over the years, there must be something in the waters of Montana.

They're a special group that come from great stock: Gordie Marsh and family, Gary Danelson and partner Bonnie McCrory, John Nass, Vern Ewalt and family, Dave Abel, the Halverson family and of course the Benjamins.