Celebrating 64 Years of the Gold Cup 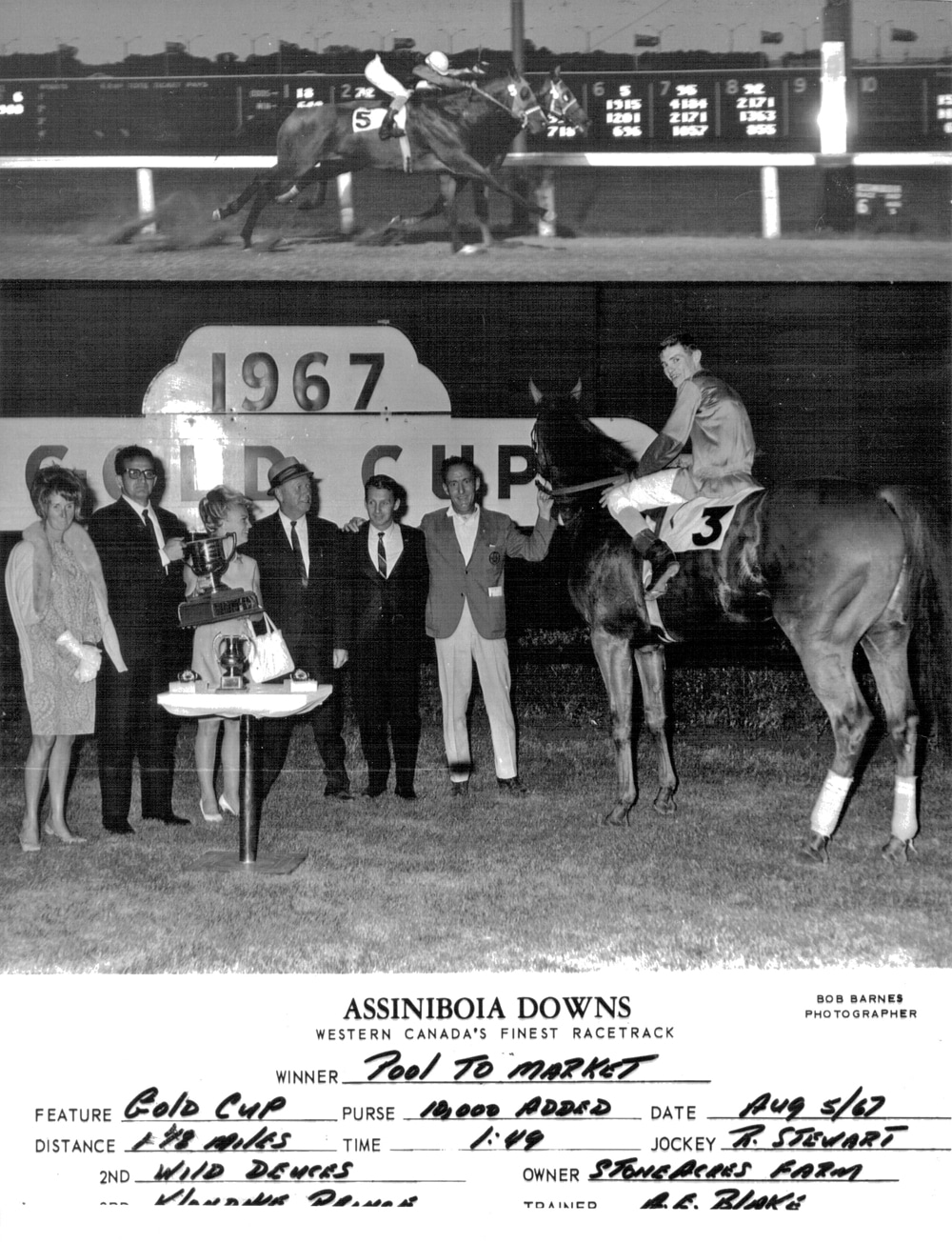 One of the many challenges facing Jack Hardy when he opened Assiniboia Downs in 1958 was to establish races that would grow into annual contests steeped in tradition.

In the first year of operation the only signature race with "tradition" was the Winnipeg Futurity. It would be two more years before the Manitoba Derby became part of the Downs’ stakes calendar. The Gold Cup was conceived as a premier stakes race to showcase the best horses on the grounds. Hardy's vision was that the Gold Cup would become the Downs marquee race.

The Gold Cup has been run continuously since its inauguration on September 24, 1958.  September 6, 2021, marks the 64th renewal of one of the most sought-after honors at Assiniboia Downs.

Gold Cup Trivia:  All 63 previous Cups have been run at the grueling distance of 1 1/8-miles. The highest weight ever carried by a Gold Cup entrant was 128 lbs. by Already Dia, the winner of the 1965 edition of the race.

"My favorite race of the year. The race represents the absolute best horses on the grounds going at it over a challenging distance. The race can and often does include 3-year-olds, perhaps the Manitoba Derby winner or a younger horse who may have won an early stakes race, who steps up to challenge the more experienced horses. When you put it all together, it represents the best of the best. There’s a lot of history with this race and plenty of exciting finishes over the years."

The 2015 Cup won by Magic D'Oro featured a special trophy presentation. The winning connections were greeted in the winner's circle by 93-year-old Ray Stewart who was the jockey who rode the winning horse, Dr. Pat, in the 1958 inaugural running of the Gold Cup. Sadly in 2018 we lost Mr. Stewart, but in 2015 he had an absolute blast getting the chance to re-visit the memories of his 1958 winning Cup ride. 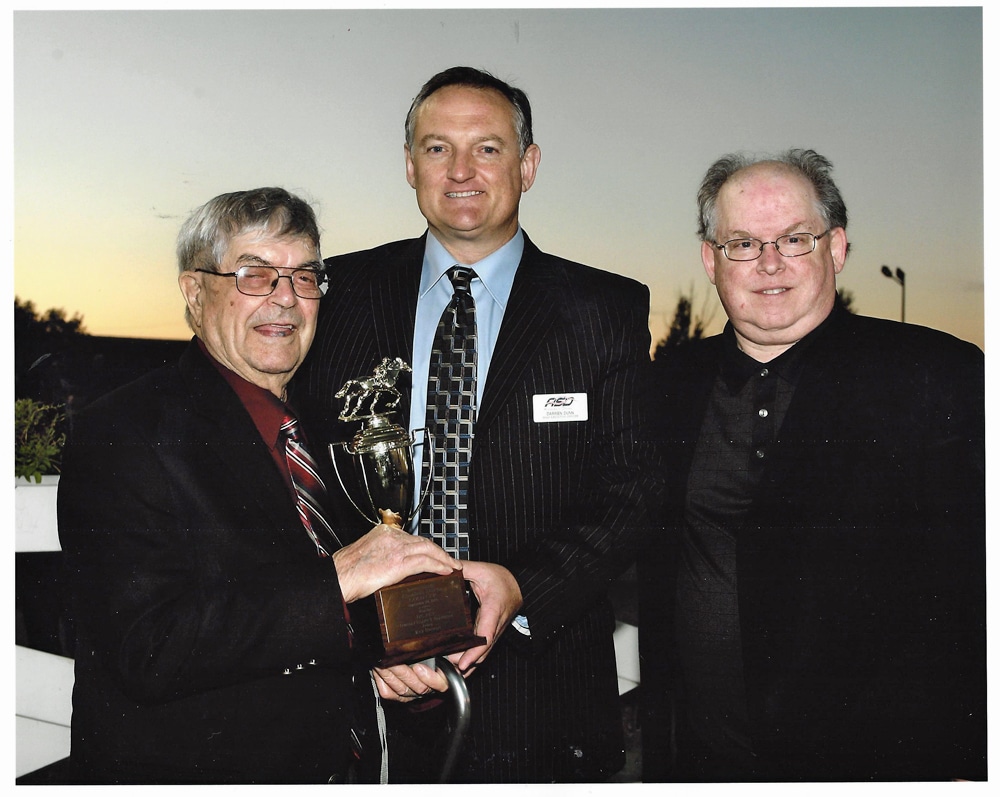 Has a filly or mare ever won the Gold Cup? A show of hands please! Well, the "Law of Averages" would suggest that the fairer sex must have won the race, wouldn’t it? The Law of Averages prevails!

In 1960, Shadow Roll, an 8-year-old mare, won the third running of the Gold Cup.  Sadly, her story doesn't end well. Under the category of "what have you done for me lately," in 1962 Shadow Roll was going on 11 and the chestnut had fallen on hard times. The ability just wasn't there, and she became a victim of the "great cull of ‘62" which determined that there would be no stall space for her at the Downs in 1963. But let's never forget Shadow Roll, as she remains the only lady to have ever won the Gold Cup.

Gold Cup Trivia: A total of nine 3-year-olds have won the Gold Cup. The first was Fall Session in 1969. Of the nine sophomores, only One Night Lover was a Manitoba-bred. Two of the 3-year-old winners also won the Manitoba Derby, Balooga Bull (2012) and Mongolian Wind (2020).

Our Gold Cup hard-luck story goes to Smoky Cinder, winner of a slew of stakes races at the Downs and the 1997 Canadian Derby. The graded stakes-placed and multiple stakes winner, Smoky just couldn’t get his Cup.

It's tough to pick the greatest Gold Cup run. One prime candidate would be Pool to Market's win in 1967. "Pool" set a new track record of 1:49 for the 1 1/8-miles, bettering the previous mark which had stood for almost eight years, by two-fifths of a second. The fractions in the race were torrid. The opening quarter was run in 22 seconds and the half in 45 1/5, a full 2 4/5 seconds faster than the track record.

Gold Cup Trivia: The owner with the most wins in the Gold Cup? Phil Kives' K4 and K5 Stables won the race a record-setting eight times. 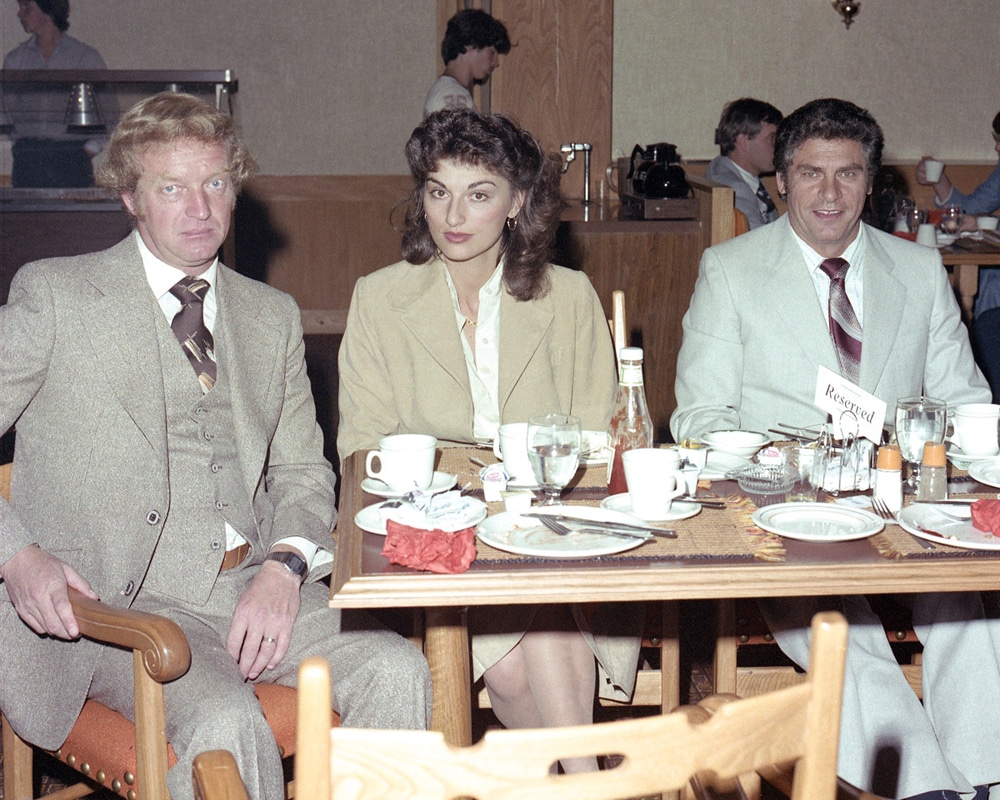 Another contender for the best Gold Cup performance was the show put on by Balooga Bull and Magic D'Oro in 2014.  Here is Paul Nolan's account of the race:

"I always knew that when I was on the Bull and another horse tried to set fast fractions, that the Bull could do them and keep going. But could they? Usually not.

That night I went to the front as per usual, but Magic went by me at the eighth pole as we passed the stands for the first time. I switched off the rail and sat just off Magic. I knew we were rocking, but I respected Magic and didn’t want him to get an easy lead. Just before the three-eighths pole Bull decided he wanted to go. He grabbed the bit and set for home. I didn’t want to go, but I didn't have much choice. The Bull didn’t want to get beat." 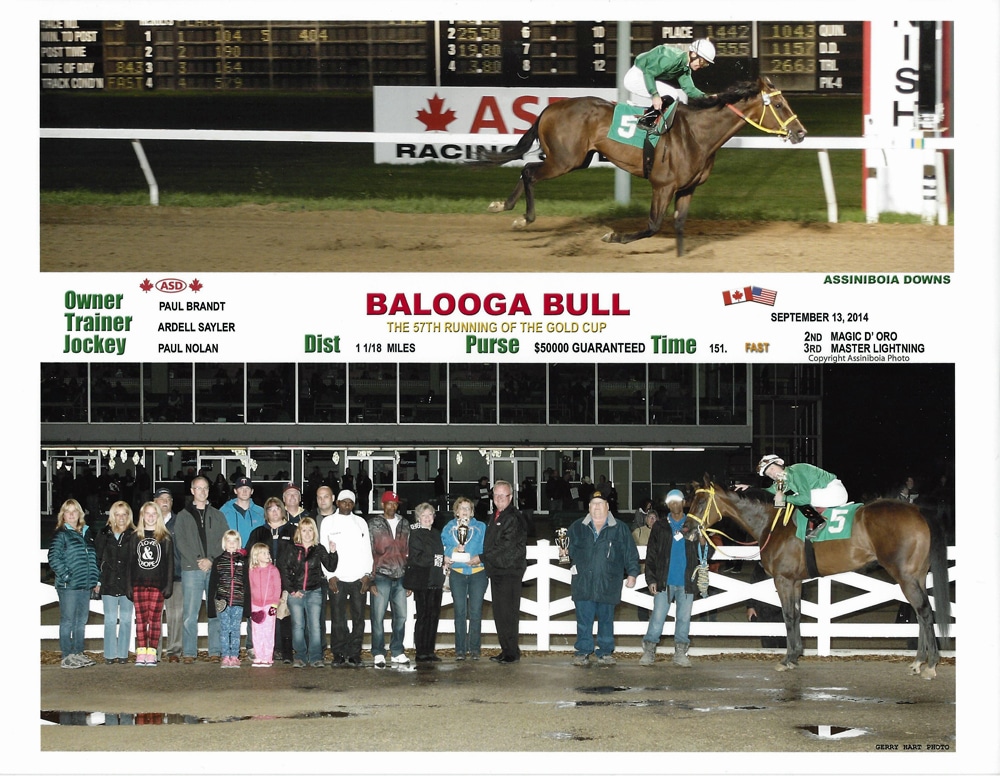 Gold Cup Trivia: Clayton Gray holds the record for most Gold Cup wins by a trainer with five. As for jockeys, well that one's not even close. Kenny "Hank" Hendricks won seven Gold Cups.

What's in store for us on September 6th?  Who knows, but as always, the Cup features the best. The real winners in the Gold Cup are usually the fans. Whether you’re watching on television, your computer, or in my favourite spot, on the tarmac, in the shadow of the grandstand...

You're in for a heartful treat of speed, beauty courage and class!